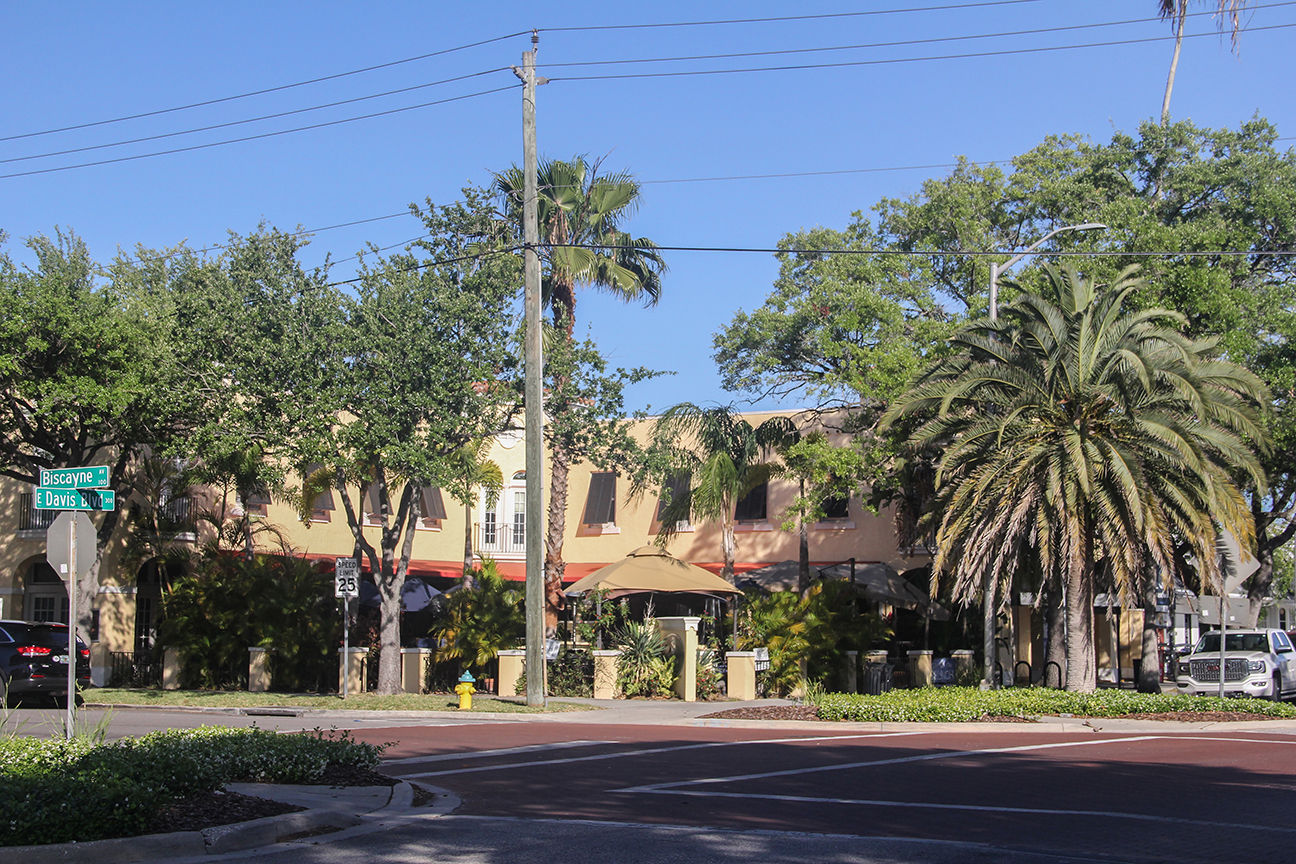 The Tampa neighborhood of Davis Islands sits on two islands in Hillsborough County. Davis Islands is conveniently located to downtown Tampa as well as the Port of Tampa.

A canal fully separates a portion of the island from the rest of it. This makes Davis Islands an archipelago. This is why this neighborhood is called Davis Islands and not Davis Island. Originally there were three islands, but the construction of Peter O. Knight airport required the filling of one canal to construct a runway.

Most of the streets on the island are named after bodies of water or islands. Streets are loosely arranged in alphabetical order, beginning with Adalia Avenue after crossing the only bridge which connects the islands to the mainland. There are no traffic lights on Davis Islands.

Many of the islands original Mediterranean-style structures from the 1920’s are still standing and have received national Historic Designation as well as local protections. Among the most noted of these structures are the Palace of Florence and Mirasol. Davis Islands is a mix of architectural styles.

Davis Islands is a mix of residential and retail areas. East Davis Boulevard is the commercial area. Here you will find several blocks of restaurants, cafes, bars, and shops which sit on a tranquil sidewalk setting. Due to the pedestrian nature of Davis Islands, the commercial area is very pet-friendly. Residents of Davis Islands will enjoy its convenience to downtown Tampa. Channelside, which is currently experiencing a major renovation, is a mixed-use development in the heart of downtown Tampa. The new Channelside will feature rich retail experiences, gourmet cuisine, and creative office spaces along lush, waterfront parks with city skyline views. The Straz Center for the Performing Arts is the place to go for musical and theater performances. The Amalie Arena is also located in downtown Tampa. Take in a Tampa Bay Lightning hockey game or attend one of the many events offered at the arena throughout the year.

Davis Islands is a beautiful place to live and play.